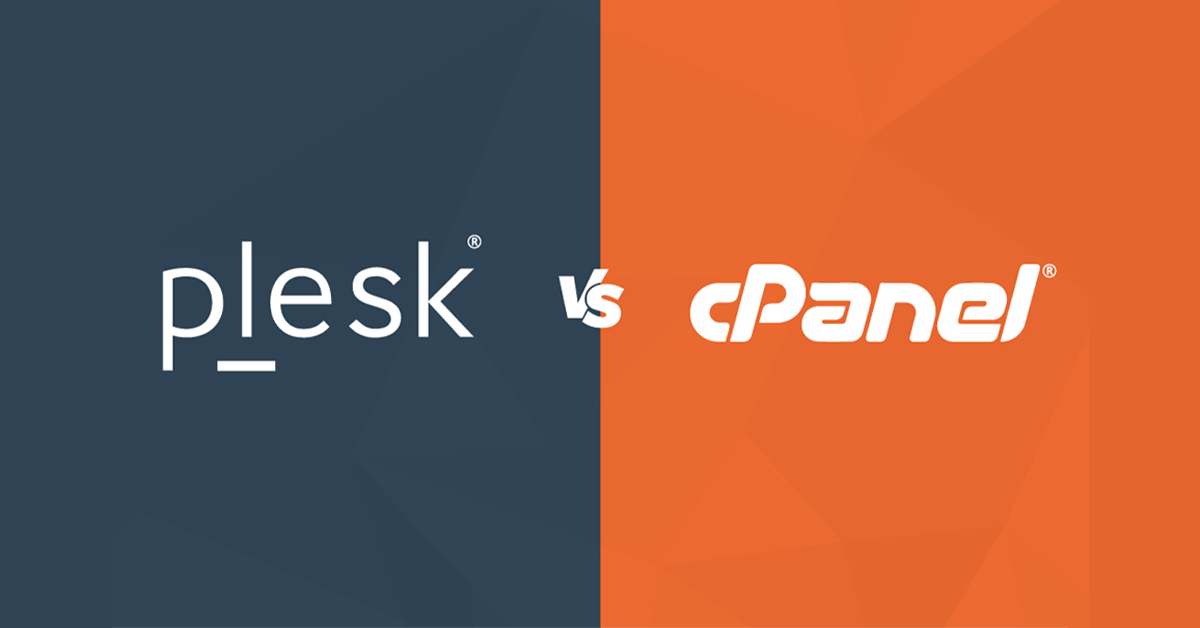 When choosing between web hosting control panels, Plesk and cPanel are the primary contenders. Between them, they dominate the market for users looking for account and server management tools.

Released in 1996, cPanel is the original contender, and as such has a high number of legacy users. The current release is cPanel 82. Modern versions of cPanel are actually a combination of cPanel and WHM (Web Host Manager) interfaces, where the former is for customer account management, and the latter is for server administration. But, for the rest of this blog we’ll just call the package ‘cPanel’.

Plesk has been around since 2001, with the current stable release being Plesk Onyx. We previously wrote a review of Plesk Onyx. Its newest version, Plesk Obsidian, boasts a number of UI and functionality upgrades.

Of the two web hosting control panels, Plesk is widely considered to have a cleaner graphical user interface (GUI), and is a bit easier to use. The Plesk interface is more streamlined and has features grouped in a list down the left-hand side. When clicked these expand to show further options. 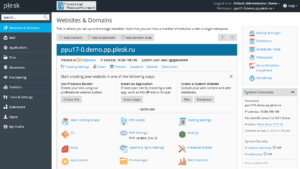 The cPanel interface, however, does not group the features and tools as helpfully, and is often seen as being more cluttered. cPanel does allow for customisation of the home screen to make it a bit easier to find things, and the visibility of all features in one place can make it easier to find a function for the first time. 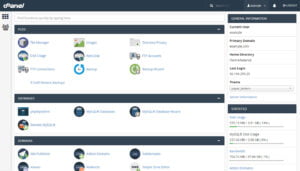 CLI (command line interface) access is available for both, should the user prefer it to a GUI.

Generally, cPanel loads faster than Plesk. cPanel is the web hosting control panel that has really focused on optimising the performance. By focusing on reducing the amount of memory required, cPanel developers were able to speed up the page-load times within the panel, as well achieve faster times for account creation and other server management tasks.

Plesk vs cPanel: Features and tools

Out of the box, Plesk and cPanel both provide users with the same primary features for server and account management. Both can be used to configure DNS settings, manage email accounts, run FTP (File Transfer Protocol) and manage databases. Although it is possible to add extra apps to cPanel, Plesk comes with support for more useful apps and extensions straight from the box.

Plesk has support for Docker on Linux, with a catalogue of over 200,000 Docker images that can be launched from within the Plesk web hosting control panel. Plesk is also compatible with Git through the Gitman extension. There are workarounds to get Docker and Git running with cPanel, but they’re much more complex than with Plesk.

One major difference between the Plesk and cPanel web hosting control panels is that Plesk is available on both Windows Server and Linux distributions, whereas cPanel is only available on Linux operating systems (although some backdoor methods are available to run cPanel on Windows servers).

Choosing between Plesk and cPanel

Your decision could be based on which web hosting control panel is available to your operating system, but it will most likely come down to which web panel you find easier to use. While the features in each panel are fairly similar, you’ll probably prefer the feel and experience of using one over the other.

When you buy a Dedicated Server or Cloud Server from ALCHosting, you can choose to add the Plesk control panel to the package for just $9.98 USD per month, giving you a great set of features from the get-go.

Web hosting and domain registration company in the Philippines that guarantees 100% server hardware uptime. We are trusted by top corporations and government agencies. At ALCHosting, you are assured of fast loading time, spam free email.

Be the first who gets our daily news and promotions directly on your email.

ALCHosting uses cookies to improve your experience. We'll assume you're ok with this, but you can opt-out if you wish. Cookie settingsACCEPT
Manage consent

This website uses cookies to improve your experience while you navigate through the website. Out of these, the cookies that are categorized as necessary are stored on your browser as they are essential for the working of basic functionalities of the website. We also use third-party cookies that help us analyze and understand how you use this website. These cookies will be stored in your browser only with your consent. You also have the option to opt-out of these cookies. But opting out of some of these cookies may affect your browsing experience.
Necessary Always Enabled

Performance cookies are used to understand and analyze the key performance indexes of the website which helps in delivering a better user experience for the visitors.

Analytical cookies are used to understand how visitors interact with the website. These cookies help provide information on metrics the number of visitors, bounce rate, traffic source, etc.

Advertisement cookies are used to provide visitors with relevant ads and marketing campaigns. These cookies track visitors across websites and collect information to provide customized ads.

Other uncategorized cookies are those that are being analyzed and have not been classified into a category as yet.